Web3 Foundation makes another breakthrough as its Grants Program officially signs 302 development projects. The milestone means that Web3 Foundation has funded exactly 100 projects in 2021 alone, as at the time of reporting, with more grants in the pipeline.

Web3 Foundation is renowned for its transparency and celebration of grant accomplishments. This comes at the heels of the last milestone in January 2021, when the organization funded 200 projects.

Since the program’s inception in December 2018, Web3 Foundation has received a total of 840 applications from teams in over 50 countries. Each of the projects is in tandem with Web3 Foundation’s goal—to sponsor and build innovative applications for decentralized web protocols powered by Web 3.0 Technology.

Web 3.0 Technology is building the internet of the future where users have full control of their identity, privacy, and data. As such, all the approved 302 projects cut across the five layers of Web 3.0 Technology Stack.

Most of the projects are decentralized runtime modules, while others include development tools, UI development, wallets, cryptography, APIs, etc. 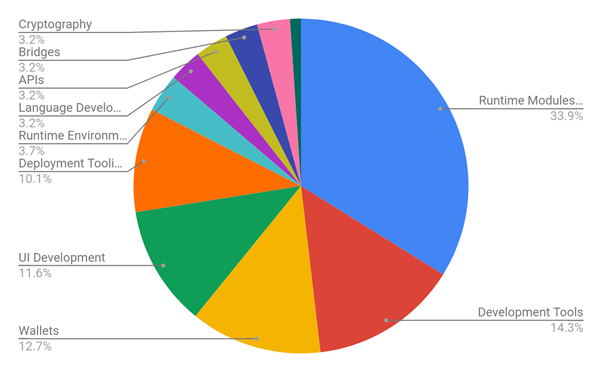 Each approved project from the medium got $100,000 payable in fiat. On the other hand, the Open Grants Program supported a public pitch system via GitHub. In that case, approved projects received $30,000 each.

However, most recently, Web3 Foundation merged the two selection methods to offer more flexibility and funds to projects while maintaining the best features of both processes. Hence, the organization now accepts applications only via GitHub due to the platform’s transparency and ease. But funds can be disbursed via fiat and cryptocurrencies.

In various recent interviews, the CEO of Web3 Foundation, Dr. Gavin Wood, has reinstated the organization’s resolution not to back down on this vision. As such, application for new grants is ongoing.

The last wave of grants, which was also the 10th wave, was awarded in July 2021, involving 27 grants. Enthusiasts are hopeful that a new wave of grant awardees will be announced soon. Out of the 302 approved projects, 143 are completed thus far.

Ultimately, the purpose of these grants remains the wide adoption of Web3 technology and its privacy promises. But how soon will that vision be actualized?