Tron price momentum faded over the weekend, and the price has dropped by more than 40% since then. The cryptocurrency is presently having difficulty gaining traction.

TRX has dropped 19% and is now trading at $0.05, its lowest level in 15 months. In the last 24 hours, the token has also been the worst performer among the top 50 cryptocurrencies.

The token’s weakness follows the loss of the USDD algorithmic stablecoin’s dollar peg, despite founder Justin Sun’s repeated efforts to keep the peg.

In the last 24 hours, the token’s entire market valuation has dropped by nearly 1% to $701.4 million. The token has garnered comparisons to Terra’s UST stablecoin, which vanished in May due to its algorithmic nature. 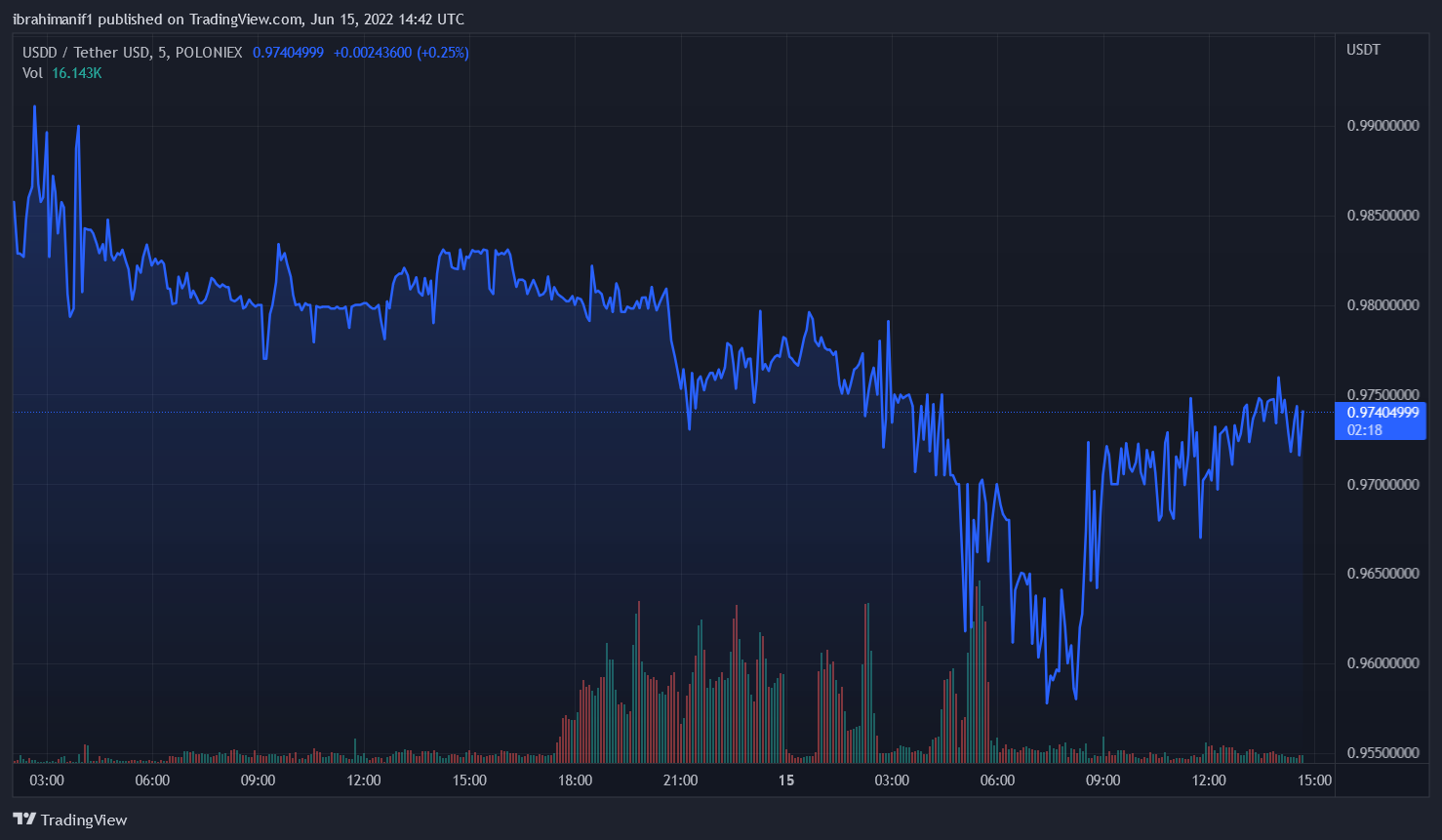 Fear began as soon as the USDD’s 1:1 peg to the dollar was lost. TRX hasn’t been able to reverse the downward trend since then, plummeting by more than 40% in less than a week. TRX may face tremendous sell pressure to close the gap as long as USDD is below one dollar.

TRX has found support at the $0.05 level, from which it has bounced higher. TRX’s resistance is at $0.057, and given the current fundamentals, it doesn’t appear likely that the trend will shift.

Justin Sun Scrambles To Save USDD

However, Tron, like Terra, is putting billions of dollars behind the coin. Because USDD is not as large as UST, which was worth roughly $20 billion at its peak, crypto specialists think that it will not suffer the same fate.

USDD had recently been changed by Tron’s Sun to strengthen collateralization and make it less vulnerable to a crash like Terra.

This week, Tron spent over $700 million on the open market to sustain the USDD peg. Justin Sun also stated that a $2.5 billion fund would be set up to help TRX.

Tron has purchased TRX on multiple occasions to support the token, most notably withdrawing $948 million ($47 million) from Binance. The Tron DAO has made a number of withdrawals from Binance and has also used its USDC assets to purchase more tokens.

Tron has also announced a mining pool with Curve Finance and Convex Finance, which is intended to attract yield-hungry traders with an estimated APR of 96.25%.

Despite Justin Suns’ assertions that the USDD is unduly collateralized, the market does not appear to agree. The trend for TRX is likely to be negative as long as this continues, and the next significant support is identified at $0.040.

Why Ethereum Could Trade At…

Tracking Whales, What This Bitcoin…