As cryptocurrencies continue to gain more traction towards mass adoption, it is important to revisit the inspiration for the genesis of blockchain technology. Cryptocurrencies offer the promise of a decentralized finance (DeFi) future and an alternative to economic models that continue to limit the way citizens control their money. Ergo’s platform was born out of a desire to create the tools necessary to empower the average citizen and decrease the centralized power of money.

It could be said that Ergo combines a few of the best aspects of Bitcoin (BTC) and Ethereum (ETH). Ergo is a blockchain protocol built on the UTXO model but it also allows for smart contract functionality. Ergo is able to achieve this through its native language, ErgoScript, and its application of novel Σ-protocols (a type of zero-knowledge proofs). Ergo also employs the use of Non-Interactive Proofs of Proof Work (NIPoPow) in order to create applications that enable light clients and side chains. It is designed as a platform for financial transactions with the ability to develop stateless clients and side chains.

In addition, Ergo has an extremely experienced team of developers and researchers. The two Co-founders, Alexander Chepurnoy and Dmitry Meshkov bring significant digital asset knowledge and have been involved in many major projects, including IOHK, the driving force behind Cardano (ADA). 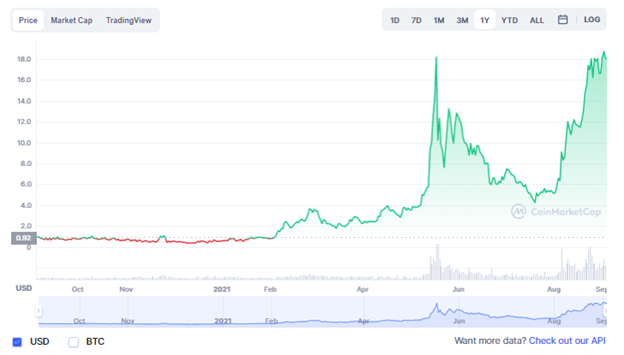 In June, Ergo organized a hackathon where developer teams could propose new tools and dApps for the Ergo Ecosystem. For example, a non-custodial, pseudo-ETF platform for users to pool their assets in an investment portfolio on top of the Ergo blockchain was proposed. This event was a big success with many of the projects being developed for implementation on Ergo.

Because of this success, the Ergo team is announcing another hackathon, ERGOHACK II. This event is scheduled for October 8-10, 2021 and will focus on the idea of social transformation. The deadline for ERGOHACK II registration is September 15, 2021, and interested participants can apply here.

ERGOHACK II invites teams of 2-5 people each to develop projects for mass adoption of blockchain technology as it relates to social transformation. The proposed projects will get a chance to be implemented in the Ergo ecosystem and all projects will be up for consideration for several prizes. The prize money is worth 9K SigUSD with the chance that someone will be offered a job interview to join Ergo.

The Ergo ecosystem had a fair launch from the very beginning of its inception. It did not hold any ICO and there were no premined coins for the founders. The priority has and continues to be a decentralized and fair platform for financial transactions.

How Bitcoin Mining Is Solving…