On-chain data shows signs aren’t looking good for Bitcoin as the NVT ratio is indicating that the crypto is still overvalued right now.

Bitcoin NVT Ratio Continues To Be At High Values

As pointed out by an analyst in a CryptoQuant post, BTC is currently overvalued from an on-chain perspective. The “Network Value to Transactions (NVT) ratio” is an indicator that measures the ratio between the market cap of Bitcoin and its transaction volume (both in USD).

This ratio judges whether the current value of Bitcoin (that is, the market cap) is fair or not, by comparing it against the network’s ability to transact coins right now (the transaction volume). When the metric has a high value, it means the price of BTC is high compared to the volume, and thus the coin could be inside a bubble at the moment. On the other hand, low values suggest BTC may be undervalued as the chain has a high ability to transact coins (in comparison to the market cap) right now.

Here is a chart that shows the trend in the Bitcoin NVT ratio over the past year: 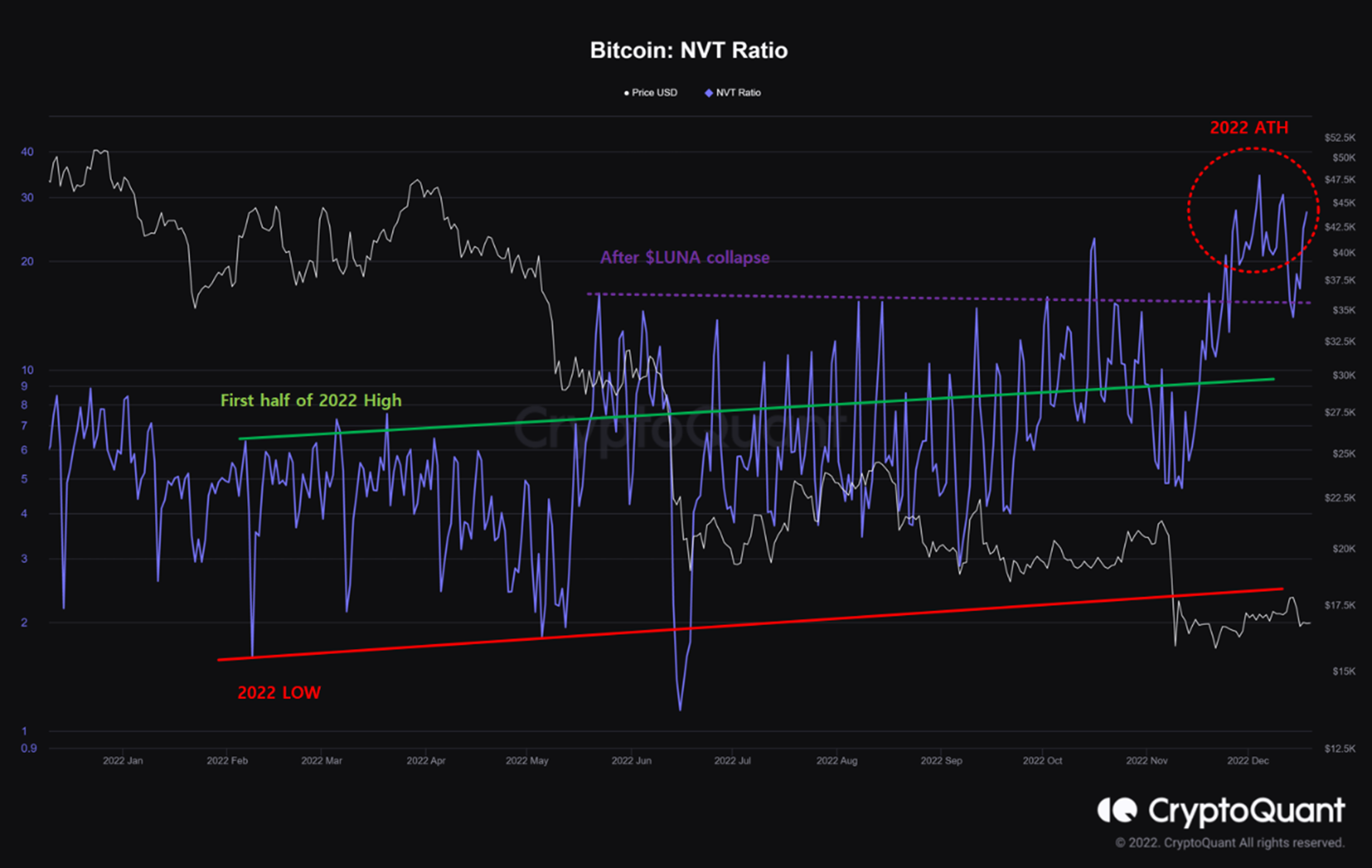 As the above graph highlights, the Bitcoin NVT ratio jumped up following the LUNA collapse back in May of this year and has since mostly stayed at similar or higher levels. This means that despite the price observing multiple crashes in the period, the coin’s value still became increasingly overvalued as volumes across the market sharply dropped.

Even after the FTX crash, which has delivered another solid blow to the crypto’s market cap, the metric has only climbed higher as it has registered a new high for the year recently. BTC has only been getting more and more overpriced as the bear has gotten deeper, suggesting the dire state of the market in terms of trading volumes.

The quant also notes that the number of UTXOs in loss (basically the amount of wallets/investors in loss), has been consistently rising throughout the bear. 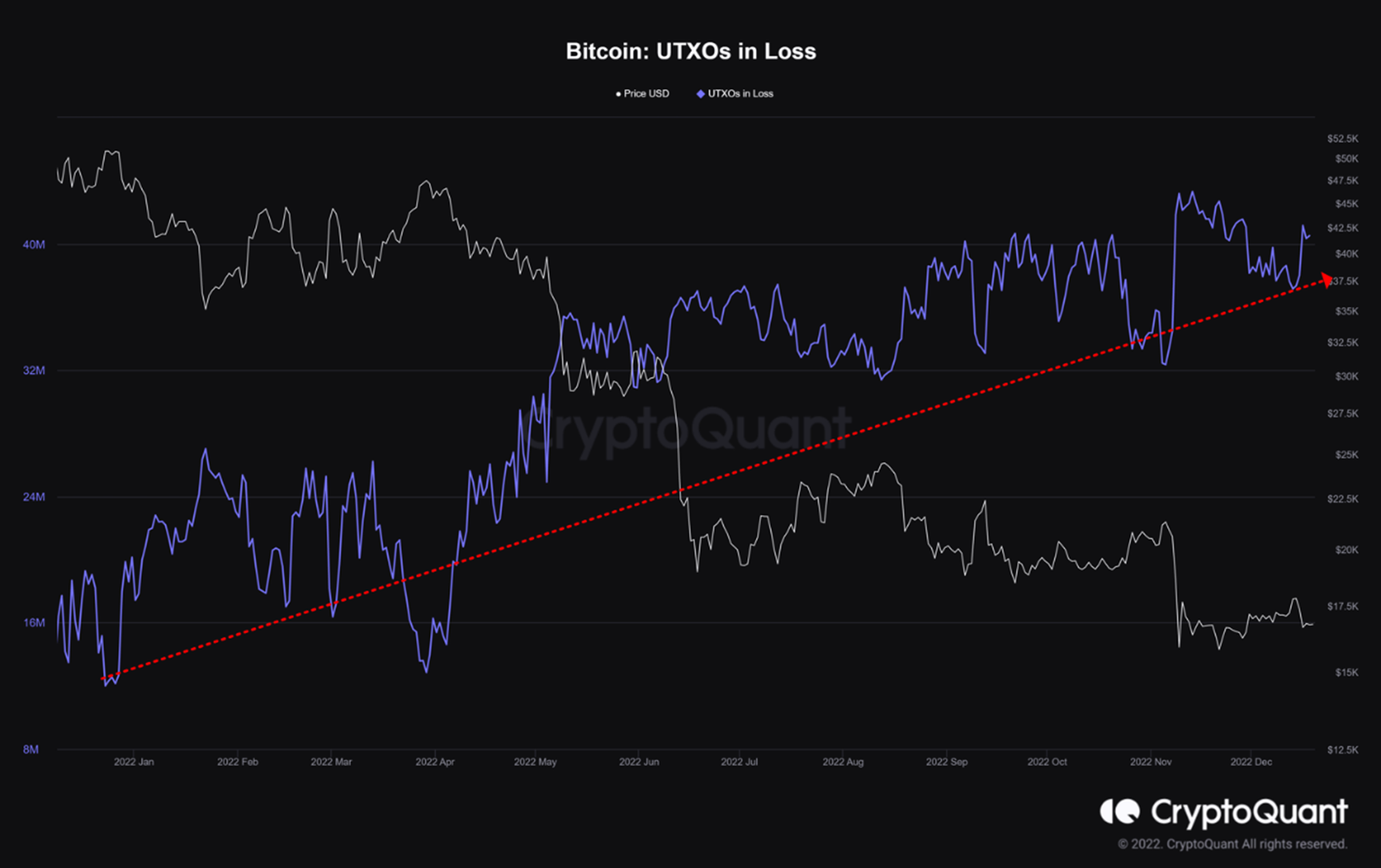 Both these signs are certainly not in the favor of Bitcoin and may imply there is further pain ahead for investors. “A more extended bear market could be seen as a potential risk that could add selling pressure,” explains the analyst.