Bitcoin prices surged to a new record high Thursday on the heels of BNY Mellon’s disclosure that it will soon hold, transfer and issue cryptocurrencies on behalf of its asset management clients. Bitcoin then slipped back slightly, but was up 5% at $47,700 as of 9pm GMT.

Crypto bulls say the announcement from America’s oldest bank could pave the way for many other established banks to reveal similar plans as the cryptocurrency gains popularity among wealthy investors.

The custodian bank, which is sitting on $2 trillion in assets under management, disclosed in a corporate statement the development of a prototype platform that will eventually allow cryptocurrencies to pass through the same network it uses for investments in traditional assets.

The news came only 24 hours after Twitter’s chief financial officer said the social media giant was considering the addition of the cryptocurrency to its balance sheet. 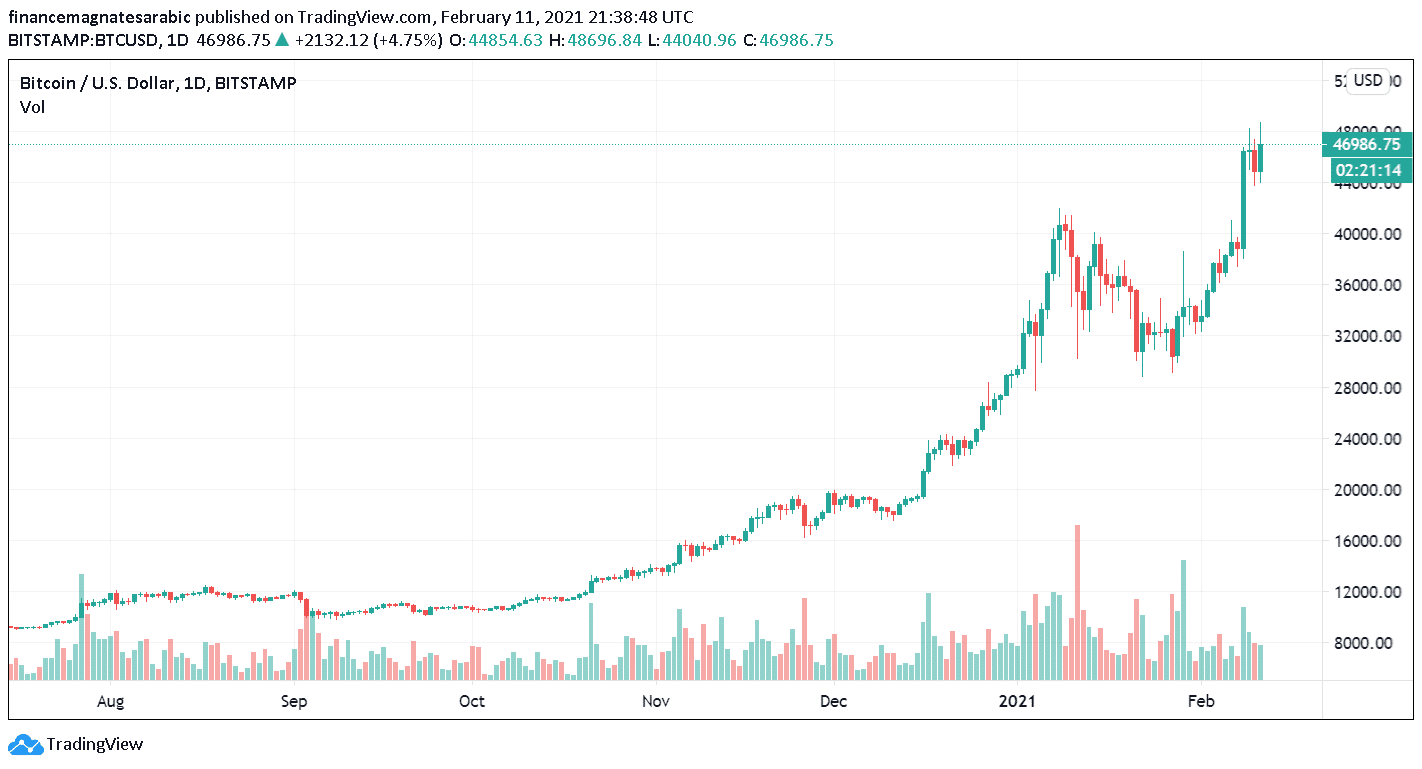 Indeed, the whole party started after Tesla announced earlier this week it was investing $1.5 billion in Bitcoin and expects to accept the virtual coin as a form of payment in the near future. The electric vehicle maker, however, was not the first heavyweight firm to convert a portion of its cash into bitcoin. Payment startup Square and other Wall Street whales adopted the policy of parking their cash surpluses into crypto over the past year.

The Bitcoin price touched another all-time high at $48,696 after the world’s most popular digital currency surged almost 50% in February.

Continuing its upward rally amid heightened interest from bigger investors, traders are now eyeing the psychological $50,000 per bitcoin level sooner than later. The current rally is taking the popular cryptocurrency’s gains to more than 1,000% off the March 2020 low.

As a result, the latest gains took the combined value of all the bitcoin tokens in circulation past $990 billion for the first time, according to industry website CoinMarketCap.